genevievetester.com›MyBlog
ZOETROPIC INSTALLATIONS
My Zoetropic Installations are a larger, more complex variant of the zoetrope.
A clip of ZOE 1 installation in operation:

ZOE 1 is up and running at Manchester University. The installation contains 9 short animations of the stages in the creation of a kidney using stem cells.
It is collapsable, transportable (fits in theback of the boot), light and on wheels.


ZOE 2 is already in Manchester waiting to be PAT tested and settled into its permanent home.

As seen from the inside of ZOE 2, 8 short animations depicting the growth and workings of a kidney from the embryonic stage to adulthood. 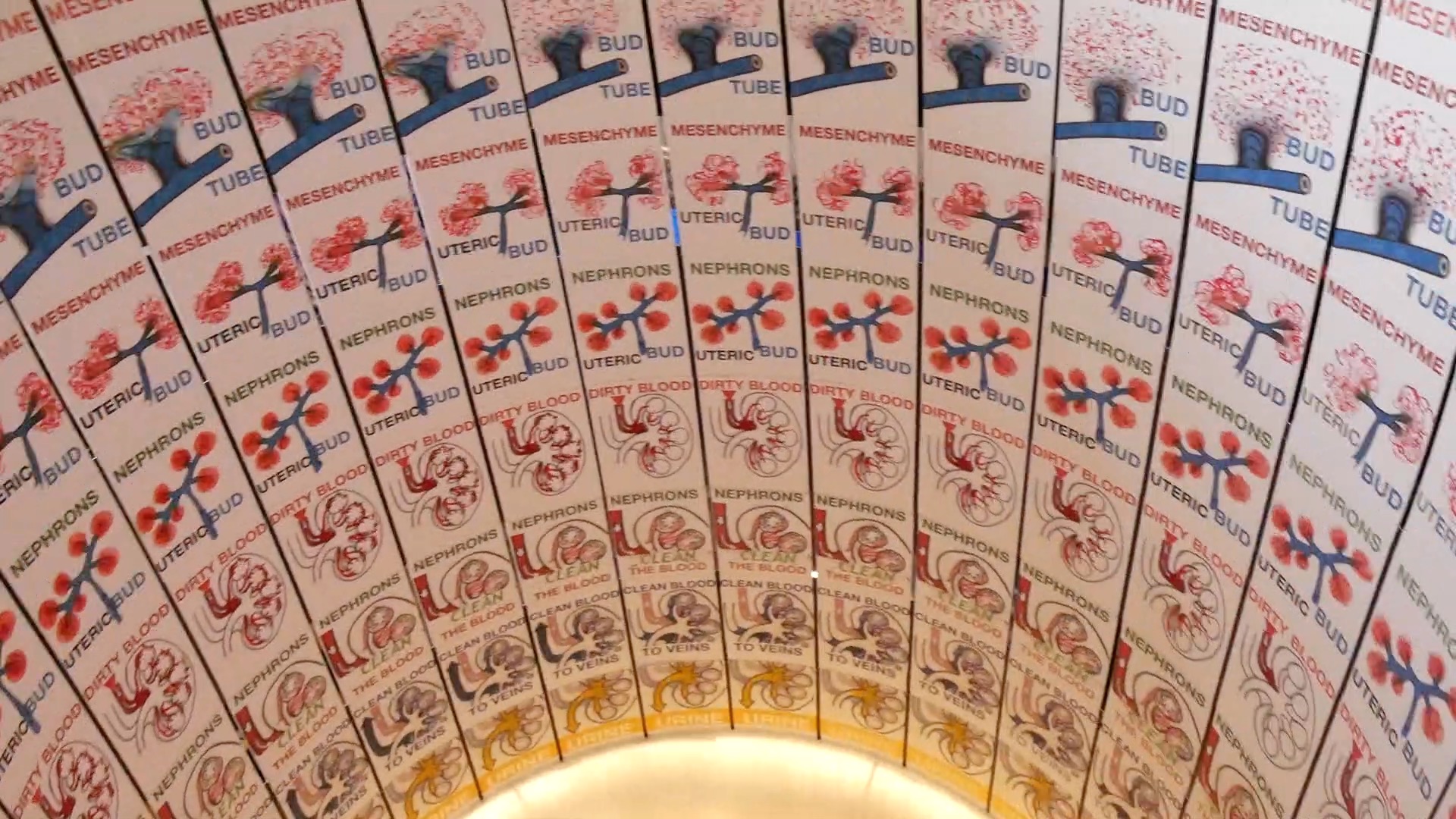 The animations in the installations are extremely basic. I had to keep paring each animation as I only had one second and 28 frames to narrate each topic. They are all hand drawn.

Both ZOE 1 and 2 were created in collaboration with Prof Adrian Woolf and funded by Kidneys for Life.

IN DEVELOPEMENT
ZOE 3 and ZOE 4
smaller, more compact versions,
ZOE 3 wil be electronically operated
ZOE 4 willl be mechanically operated
Each ZOE will come in two versions
1. Ready to go
2. Flat packed so you can design your own animations and zoetrope
Both will have audio output which can be downloaded

BOTH OPERATING SYSTEMS WILL FIT ALL SIZES OF ZOES

FUTURE POSSIBILITIES:
The installations have huge possibilities:
...They can come in all circular shapes and sizes, designed and produced to meet any given criteria
...be more interactive
...have audio attached that enhances the narrative
...more detailed animations, viewed on screens, accompanying and compliment the fun installations, explaining in greater detail the content
... you can have one base with interchangeable zoetropes. Further animations can be added on at a future date, making the system interchangeable.

A BIT ABOUT ZOETROPES
The Zoetrope was originally invented by William George Horner in 1834, naming his device Daedalum or 'wheel of the devil’. It was forgotten for about 30 years until it was discovered and patented in 1867 by William F. Lincoln, USA and by Milton Bradley, England

The name zoetrope was composed from the Greek root words ζωή zoe, "life" and τρόπος tropos, “turning", a translation of "wheel of life” coined by inventor William E. Lincoln.

A rotating earthenware bowl from Iran, over 5000 years old, could be considered a predecessor of the zoetrope. The bowl portrays a goat jumping toward a tree and eating its leaves. You can watch this online

According to a 4th-century Chinese historical text, the 1st-century BCE Chinese mechanical engineer and craftsman Ding Huan apparently created a lamp with a circularband with images of birds and animals that moved "quite naturally" when the heat of the lamp 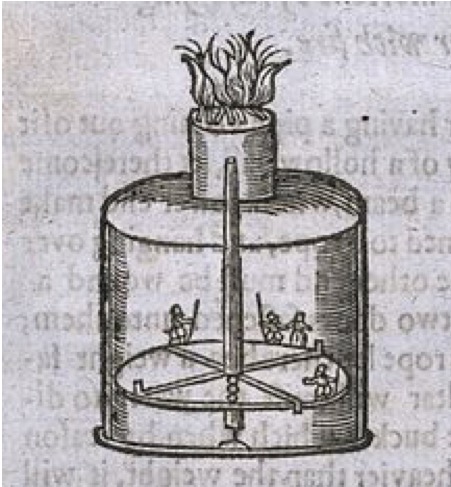 I have been commissioned by and collaborating with
Prof Adrian Woolf of Manchester University
to create two 'Wheel of Life' zoetropic installations. 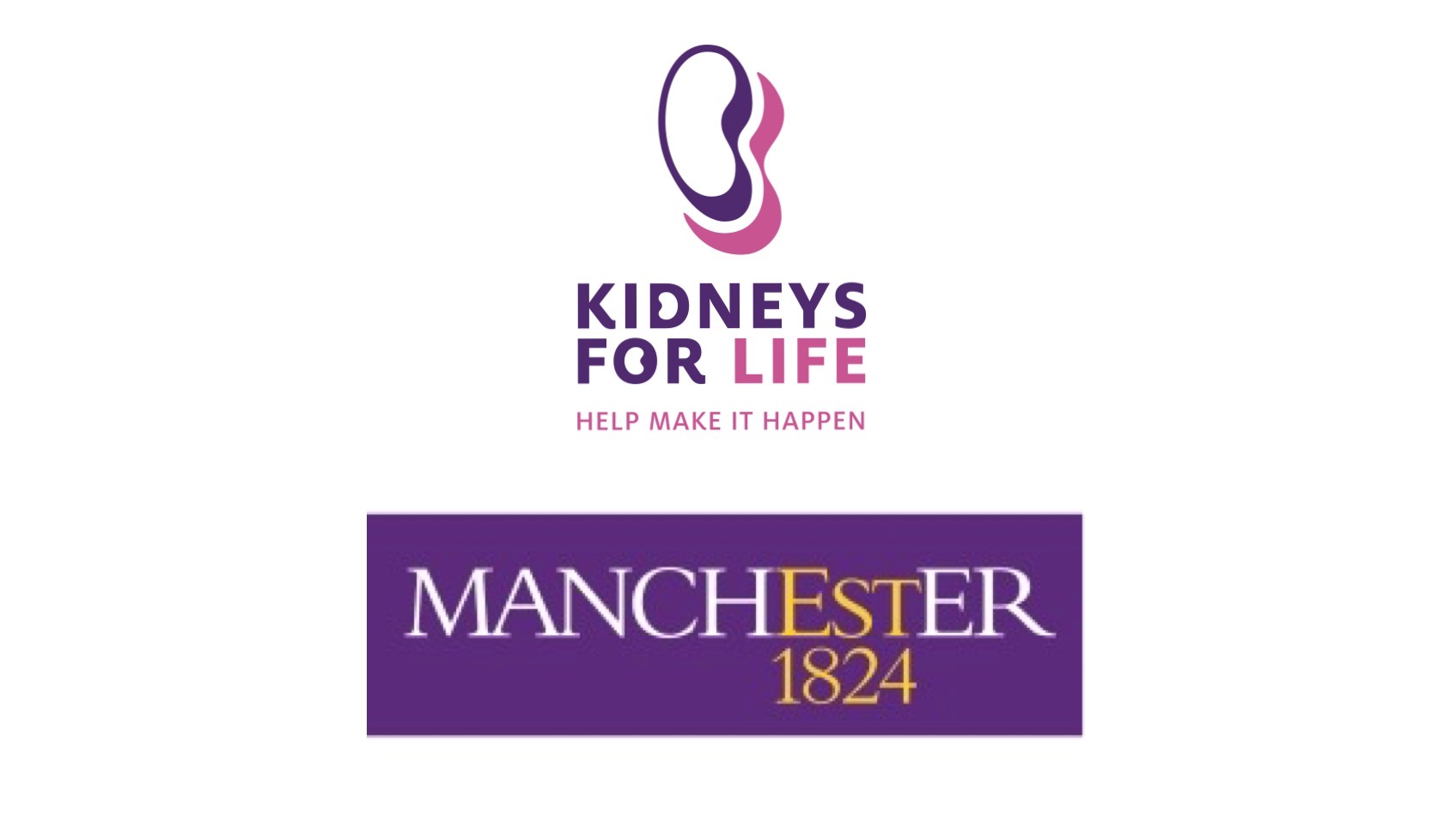